By Steven Kurutz for Speakeasy - music 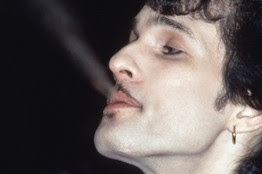 In addition to being one of its more dynamic practitioners, Peter Wolf is a great rock and roll proselytizer, forever singing the praises of artists who influenced him or mentioning long-lost R&B records that man-I’m telling-you-you-just-gotta-hear.

When the Journal spoke to Wolf in New York a few weeks ago about his new album, “Midnight Souvenirs,” the former J. Geils Band singer spent nearly as much time raving about his latest reclamation project — the late Willy DeVille. “He had all the roots of music that I love and had this whole street thing of R&B — just the whole gestalt,” Wolf says.

In the 1970s, DeVille fronted Mink DeVille, one of the bands that formed the backbone of the CBGBs scene. But it was peers like Blondie, the Ramones and Television who got the attention. Later, DeVille embarked on a solo career, creating an eclectic sound that mixed doo-wop, blues, Cajun music, even cabaret — but, again, he remains a cult figure, rarely referenced by more than a few devotees and more popular in Europe than his native U.S. 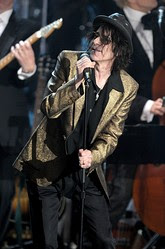 photo: Peter Wolf, at the Rock and Roll Hall of Fame ceremony

Why DeVille, who died last year, didn’t catch on with audiences is a bit of a mystery. It certainly wasn’t for lack of artistic vision or a distinctive image. Wolf, who saw DeVille perform early on and dedicated the song “The Night Comes Down” to him on the new album, recalls his wild pompadour hairdo and gold teeth. “He was an individual in the same way that Iggy Pop is an individual,” Wolf said. “He was just a tremendous talent; a true artist in the sense that he never compromised. He had a special vision and remained true to it.” But, Wolf added, “nobody mentions him.”

Posted by Willy DeVille International Fans at 7:03 AM