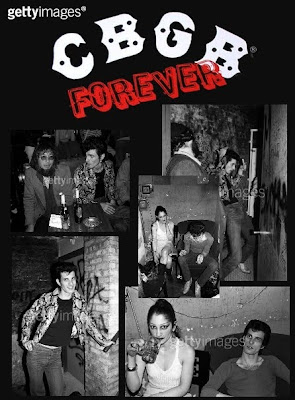 From 1975 to 1977, Mink DeVille was one of the original house bands at CBGB, the New York nightclub where punk rock music was born in the mid 1970s (opened in December of 1973). "We auditioned along with hundreds of others, but they liked us and took us on. We played for three years... During that time we didn't get paid more than fifty bucks a night", DeVille said.

In 1975, CBGB was the epicenter of punk rock and what would later be called New Wave, but Mink DeVille didn’t necessarily fit in the scene. "Onstage, Willy’s band, Mink DeVille, had nothing in common with the New Wave CBGB bands that the press had lumped them with," wrote Alex Halberstadt. "Unlike Television, The Ramones, or Blondie, at heart Mink DeVille was an R&B band, and Willy an old-fashioned soul singer…" Wrote Mark Keresman, "Mink DeVille's earthy, streamlined sound, rejecting the mainstream high-gloss that ruined much of 1970s rock, was accepted by the same folks who'd go to see Blondie, The Shirts, and Television."

In 1976, three Mink DeVille songs appeared on Live at CBGB's, a compilation album of bands that played CBGB Live at CBGB's: Cadillac Moon, Let Me Dream If I Want To and Chance It Comes (Atlantic SD 2-508)(for the recording sessions, drummer Thomas R. "Manfred" Allen, Jr. was credited as Manfred Jones). [source: wiki/Mink DeVille] 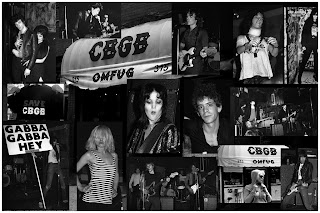 [Photos ©Nicky L. and ©Lisa J. Kristal]
- Although Mink Deville's music was considered romantic and softer than other bands that played the club, their live performance was raw, tough, and full of energy -

CBGB's 1973-2006
CBGB (Country, Blue Grass, and Blues) was a music club at 315 Bowery at Bleecker Street in the borough of Manhattan in New York City. Founded by Hilly Kristal in 1973, it was originally intended to feature its namesake musical styles, but became a forum for American punk and New Wave bands like Ramones, Misfits, Television, the Patti Smith Group, Mink DeVille, The Dead Boys, The Dictators, The Fleshtones, The Voidoids, The Cramps, Blondie, The Shirts, and Talking Heads. In later years, it would mainly become known for Hardcore punk with bands such as Agnostic Front, Bad Brains, Murphy's Law, Cro-Mags, Warzone, Gorilla Biscuits, Sick of It All, and Youth of Today performing there. 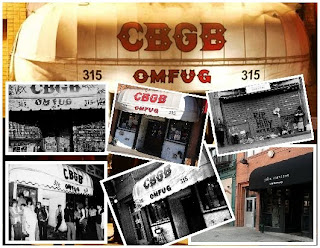 - CBGB's through the years and now -

The storefront and large space next door to the club served as the "CBGB Record Canteen" (record shop and cafe) for many years. Eventually, in the late eighties, the record store was closed and replaced with a second performance space and art gallery, named "CB's 313 Gallery". The gallery went on to showcase many popular bands and singer-songwriters who played in a musical style more akin to acoustic rock, folk, jazz, or experimental music, such as Dadadah, Toshi Reagon, and The Shells, while the original club continued to present mainly hardcore bands and post-punk, metal, and alternative rock acts.

The club closed in October 2006. The final concert was performed by Patti Smith on October 15. CBGB Fashions (the CBGB store, wholesale department, and online store) stayed open until October 31 at 315 Bowery. On November 1, 2006, CBGB Fashions moved to 19-23 St. Mark's Place, but it subsequently closed in the summer of 2008. CBGB Radio launched on the iheartradio platform in 2010. [source: Artquilt.com/CBGB's] 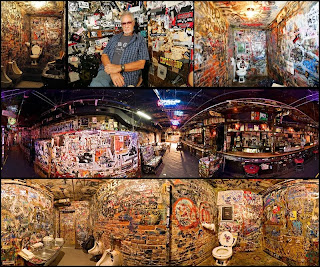 - CBGB's on the inside -
"There was more action going on in those bathrooms than on the stage! LOL"