December 27th 2013 I've been to a concert of Dutch guitarslinger Jan Akkerman (67). A concert with some friends of him, like saxophoneplayer Benjamin Herman, Dutch soulsinger Brown Hill & rapper Shockwave, rocksinger Bert Heerink (Vandenberg!), his daughter Laurie Akkerman (18) and another Dutch guitar legend Eelco Gelling (Cuby & the Blizzards, Golden Earring). You can read my gig-review (in Dutch) and see some great pictures by Arjan Vermeer here: Jan Akkerman & Friends. 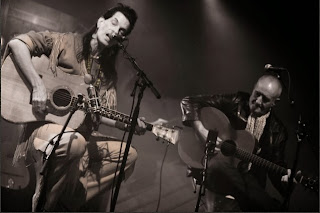 But, the reason I write this is the following. At the time I was there I had to think back to one of the most extraordinary Willy DeVille concerts I've ever visited! It was February 14th, 2008, in a small town Harderwijk, the Netherlands. Dutch photographer Patricia Steur would present the portrait photo book 'See Ya Later' with photos of Willy DeVille. There were about 100 guests and it was rumored that Willy DeVille would be present (but you never know with Willy) and that he would give even a brief performance. And, he would be accompanied on guitar by the Dutch guitarist Jan Akkerman! 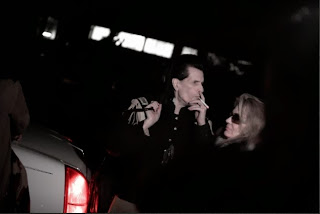 We were there early but Willy came in too late (as usual). With loud cheers from the audience, that for sure. But once inside Willy left the room immediately without playing one song. Much to the shock of the 100 attendees, his wife Nina and the organizers (including Gurrie of the Willy DeVille Int. fanclub). Nina and Gurrie went to get him back, and no one understood why Willy suddenly disappeared?! But, hey that's Willy; always full of surprises ;-) When the Guest Lady Manuela Kemp presented the book to Patricia Steur, Willy was of course also involved. As often with much hilarity and lots of fun. 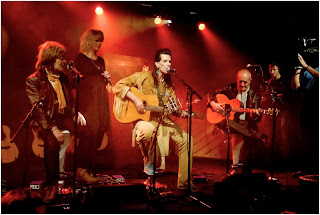 But finally, there was also a mini-gig. Willy played a few classics on his acoustic guitar and he was accompanied by Kees Veerman (The Cats) on vocals and Jan Akkerman (Brainbox, Focus, solo) on guitar. Willy called him: "the best guitarplayer in the Netherlaaaands" and teased him a little bit. Jan Akkerman told us afterwards that he never had experienced such a weird gig. Yeah, that's Willy! It was an unforgettable evening! Click on the links to see some great shots from this event by Ton Pors and Jan van der Kolk. 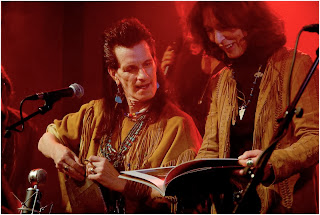 The day after, Friday February 15th, Willy was noticeably fresher during the concert in Amsterdam. After guitarist of DeVille Band Mark Newman had warmed up the audience in Holland's most beautiful pop temple Paradiso with Americana and roots-rock songs from his latest album 'Must Be A Pony' the Willy DeVille band opened the show with an instrumental as usual. The vocal opening was So So Real from the latest album 'Pistola'. Only 3 other songs were played of that album, for the rest it became a sort of greatest hits show. 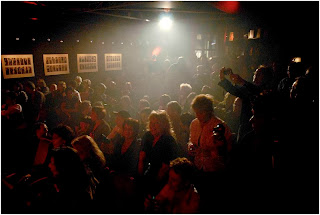 With a sparkling mix of blues, rock 'n roll, cajun, country and doowop, soul and latin the songs Spanish Stroll, Hey Joe, Demasiado Corazon, Italian Shoes, Cadilac Walk, Savoir Faire, Bacon Fat passed the revue. A great version of Venus of Avenue D was one of the highlights that night. Songs filled with a lot of Heart and Soul and romantic conviction and craving, such as the encore Let It Be Me. The audience went absolutely crazy. Unfortunately it was Willy his last show in Paradiso Amsterdam... but these great memories stay forever. [GvdH]. 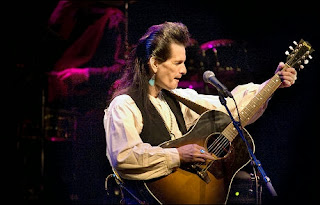 Posted by Willy DeVille International Fans at 6:19 AM