Eddie 'Kingfish' Manion: saxophonist in the Willy DeVille Band in the early nineties 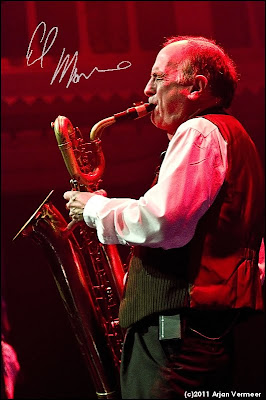 Eddie 'Kingfish' Manion is an American saxophonist who plays both Baritone and Tenor Sax with an allegiance steeped in the "Texas Tenor" tradition. In the early nineties, Ed did a few European tours with Willie Deville. October 28th Eddie Manion was in Paradiso Amsterdam for a concert with Southside Johnny & The Asbury Jukes. Also in The Asbury Jukes Bassplayer Joe Conte, brother of former Willy DeVille guitarist Steve Conte. [Read a Dutch review here].


Here's a footage of the 'Willy DeVille live in Paris 1991' DVD - Maybe Tomorrow with Ed on the saxophone (clip edited by Jaap).

In addition to being an original member of Bruce Springsteen with the Sessions Band as well as Southside Johnny and the Asbury Jukes and Little Steven and the Disciples of Soul, baritone and tenor saxophonist Eddie 'Kingfish' Manion was also a member of the Robert Cray Band from 1991 to 1994.

Ed has recorded over nine studio albums with Southside Johnny and the Asbury Jukes including 'This Time It's For Real' (Epic) 1977,'Hearts of Stone' (Epic) 1978, 'and 'Better Days' (Impact) 1991 and is currently recording and touring with the band in 2011.

In 1988, Ed toured with Bruce Springsteen and the E-Street Band throughout the United States and Europe on the 'Tunnel of Love Express Tour' ending with an historic performance in East Berlin. 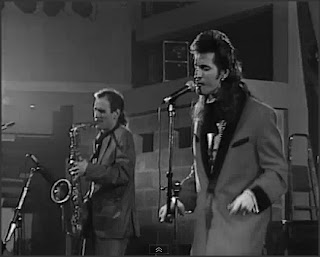 In the early nineties, Ed did a few European tours with Willie Deville before joining The Robert Cray Band recording and writing horn arrangements for Robert Cray's 1993 release 'Shame + a Sin' which was nominated for best contemporary blues album at the 37th Annual Grammy Awards. 2006 and 2007 saw Ed touring and recording with Bruce Springsteen with the Sessions Band. And 2010 and 2011 with Southside Johnny & The Asbury Jukes.


Clip from an old cable tv show many years ago with Eddie Manion. Stellar camera work by Mike Redfield. Check out www.eddiemanion.com for more info.

Posted by Willy DeVille International Fans at 1:59 AM